hey,
what do you guys think the top 5 hardest airports to land at are? im going to make a movie on it. this is my list. id like to hear your comments

also no lukla. fsx doesnt have good scenery for it. unless one of you guys can find one for fsx? that would be great!
5. madeira
4. toctonicin
3. TNCM
2. SBRJ
1. Kai Tak
thank you
Top 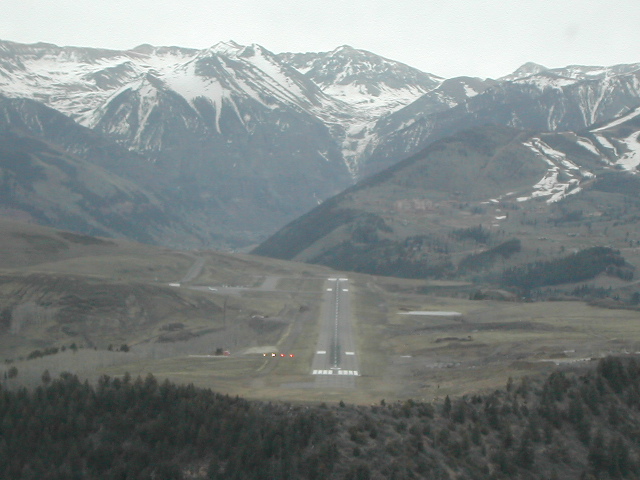 Tegucigalpa is the capital city of Honduras. The international airport there is one of extreme interest because of its difficult approach and because of its surprisingly short runway. There are many unknown facts about this airport. Toncontín International Airport is more commonly known as Tegucigalpa airport. Tegucigalpa is actually a misnomer in the essence that the airport is actually located in Tegucigalpa’s sister city, Comayaguela. The runway at TGU is only 6,132 ft (1869 m) long. The airport was built on a plateau in the city. Tegucigalpa itself is situated in a basin between several tall mountains. This unique location allows for some spectacular approaches and interesting landings. The approach into TGU is breathtaking. Up until a few years ago there used to be a small hill some 200 ft (60 m) from the runway. Planes used to have to fly low, ascend the mountain, and descend into TGU. That hill was bulldozed during the early 1990’s. Now the approach into TGU is just as interesting and not as dangerous. An airplane landing at runway 01 at TGU must circle inside the basin below the mountaintops. It is very interesting to look up at the wing and still see trees and mountains while being banked the other way. After it circles the basin it has only 100-200 ft (30-60 m) to line up before the runway. Because of the short runway as soon as the plane crosses the fence separating the airport property and the highway, it must make contact. The runway has a “displaced threshold” leaving only 5,436 ft (1657 m) of useable landing runway. That short runway, coupled with a 1.06º downhill slope on runway 01, allows for little braking time. Almost every single landing and takeoff at TGU interrupts the flow of traffic along Boulevard hacia Loarque. There are two traffic lights on either side of the runway that stop traffic whenever an airplane takes off and lands. They do not normally stop traffic for small Cessna’s or other small propeller planes; however, for jets and turbo-props traffic is stopped. The reason traffic is stopped is because of how low the aircraft must get to the ground on approach to TGU. They didn’t always stop traffic though. It wasn’t until a few years ago when a jet struck a passenger bus on approach that they finally added the traffic lights. There is only a 4 ft (1,2 m) tall fence separating the traffic from the runway.
Top

Re: hard airports to land at

yankeesfan12 wrote: also no lukla. fsx doesnt have good scenery for it.


Are you kidding? Look here.
Top

ok thank you. im going to try to scrap up some money to get that.

I wish some one would make a great KEGE.
Top

aarskringspier wrote:I wish some one would make a great KEGE.

Eagle County would be cool.
Top

I thought there was a freeware EGE at Avsim a while ago. I think I installed it on my system. At work now, but I'll check the library.

Edit: It's there, but quite a bit dated now...lol. Man out of the loop for a while in the sim I guess, at least since the last time I flew EGE in the sim.

there is. search it. i just did and a lot of scenery's came up for fs2004
Top

yankeesfan12 wrote:there is. search it. i just did and a lot of scenery's came up for fs2004

But you wanted FSX, correct?
Top

i dont know if im going to get Lukla. im saving that money for PMDG 747 x and fly the 717. i mean the only companies i trust to download product form is fly tampa and my traffic. but if www.pcaviator.com get lukla then i will deffinatly get it.
Top

Do you trust Aerosoft? It is after all their scenery, so buy it from there if you trust them enough.

im going to make a topic and see if my AI traffic will work there, etc then if everything works out i will get it

with a slope like this and how 'long' is the runway, Courchevel is considerated as one of the hardest airport to land on, even with small aircrafts.